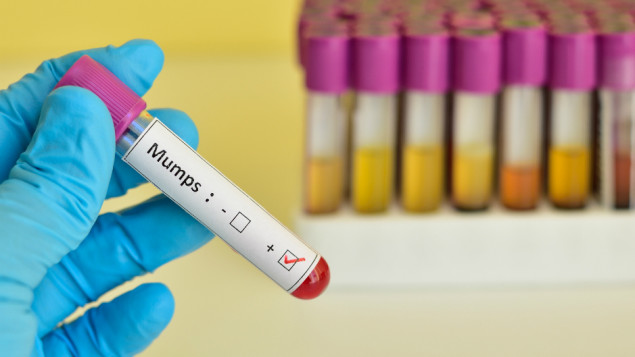 (Kelly Malone/CBC News) — The rate of mumps in Manitoba is more than 100 times higher than usual, according to numbers from Manitoba Health.

“Normally we would have maybe eight in a year,” said Dr. Richard Rusk, a provincial medical officer of health.

Manitoba’s mumps outbreak has been spreading for more than a year.

The outbreak started in university students and sports teams, but Rusk said it has spread from those groups.

“It ended up in the rural areas and then continued to spread, not as rapidly as it did in Winnipeg, but it continued really slowly over the rest of the year,” he said.

Now mumps have made their way into northern Manitoba, Rusk said. (…)