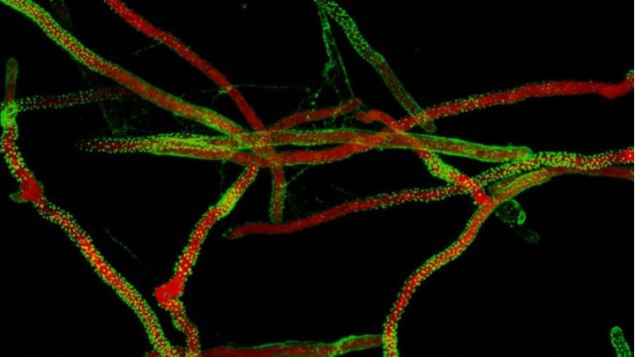 (CBC News) — Canadian scientists have discovered a possible way to break through the defences of some antibiotic-resistant respiratory infections.

It’s hoped that the findings could someday benefit people with cystic fibrosis and other chronic lung diseases who are at greater risk of infections.

The research looked at biofilms — slimy coatings used by some bacteria and fungi as protection.

Biofilms can be harmless, like the goop that forms on water pipes, but they are also one of the main causes of hospital-acquired infections.

Microbes form biofilms on surfaces like the insides of our lungs, heart valves and artificial hips. In fact, implanted medical devices could account for up to 70 per cent of hospital-related infections, according to previous research.

For doctors and scientists, biofilms have been a tough nut to crack. That’s because some bacteria and fungi secrete a matrix of sugar molecules to form the biofilm armour — a physical and chemical barrier to keep antibiotics and our immune cells out so they don’t have a chance to kill the pathogens.