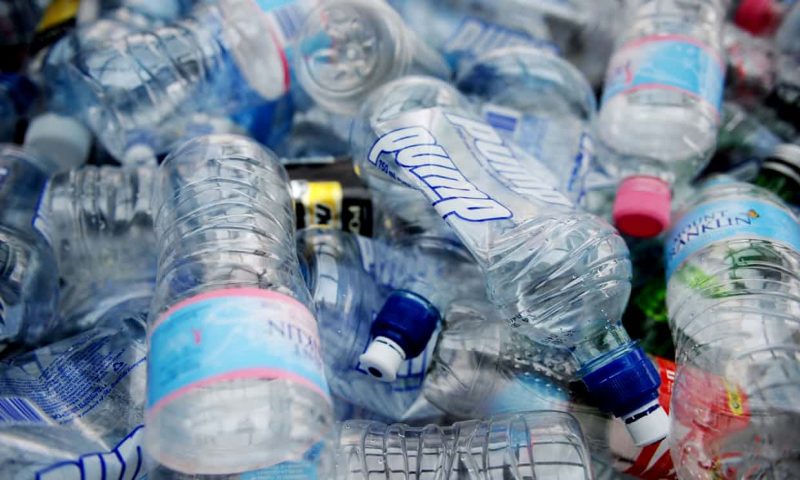 (Graham Readfearn/ The Guardian) —The World Health Organisation (WHO) has announced a review into the potential risks of plastic in drinking water after a new analysis of some of the world’s most popular bottled water brands found that more than 90% contained tiny pieces of plastic. A previous study also found high levels of microplastics in tap water.

In the new study, analysis of 259 bottles from 19 locations in nine countries across 11 different brands found an average of 325 plastic particles for every litre of water being sold.

Concentrations were as high as 10,000 plastic pieces for every litre of water. Of the 259 bottles tested, only 17 were free of plastics, according to the study.

Scientists based at the State University of New York in Fredonia were commissioned by journalism project Orb Media to analyse the bottled water.

The scientists wrote they had “found roughly twice as many plastic particles within bottled water” compared with their previous study of tap water reported by The Guardian.

According to the new study, the most common type of plastic fragment found was polypropylene – the same type of plastic used to make bottle caps. The bottles analysed were bought in the US, China, Brazil, India, Indonesia, Mexico, Lebanon, Kenya and Thailand. (…)