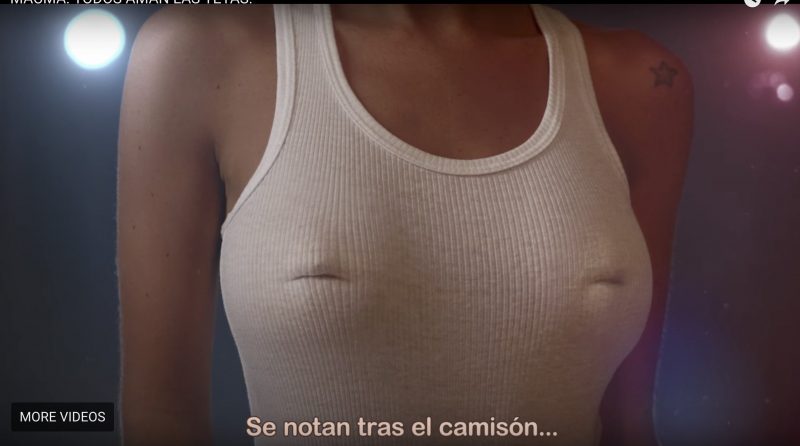 This surprising fact has brought Argentine breast cancer organization Movimento Ayuda Cáncer de Mama (MACMA) to launch the #TodosAmanLasTetas, or #WeAllLoveBoobs, campaign, to raise awareness of the dangers of breast cancer. MAMA worked with Buenos Aires-based agency David to create a video for the campaign. The video calls out platforms such as Facebook and Instagram to stop censoring women’s nipples, for the sake of their health.

The campaign gets around social media’s censorship issues by removing women’s nipples and replacing them with mouths that sing about the danger of not getting routinely checked. The video uses breasts of all types – big, small, some with mastectomy, and even male ones – to also emphasize the idea that breast cancer does not discriminate.

“Censorship in social media is still an issue. That has led us to look for new ways of by-passing it, this time by showing boobs to raise awareness on the importance of taking care of what we love, and of providing financial support to those who work on early detection,” Joaquin Cubria and Ignacio Ferioli, executive creative directors at David, said in a statement.

In the past, the agency has created other surprising ads to bring awareness to breast cancer. Last year, David developed a campaign called “#ManBoobs4Boobs” that demonstrated a self-exam on a male to cleverly get around social media’s ban on female nipples. (…)