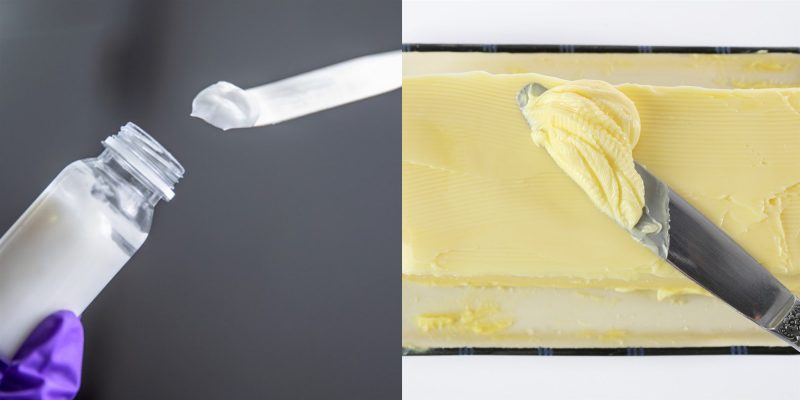 (Erica Chayes Wida/ Today) — In the chemistry labs at Cornell University, scientists have been busy inventing a new product — a butter-like spread made with a pretty surprising ingredient: water.

While creamy, dairy-free aren’t exactly new, the scientists’ new concoction contains only a quarter of the calories as the real thing, and much less fat.

This week, the Cornell Chronicle announced the university’s food scientists had developed a new process to create a low-calorie, low-fat butter alternative. The spread, an emulsion made from large amounts of water “with minuscule drops of vegetable oil and milk fat,” has less than 3 grams of fat and 25 calories per tablespoon.

“Imagine 80% water in 20% oil and we create something with the consistency of butter, with the mouth feel of butter and creaminess of butter,” said Alireza Abbaspourrad, an assistant professor of food chemistry and ingredient technology who published the study.

According to Abbaspourrad, “emulsifying water is nothing new,” but the method of adding more and more water until it reaches an 80% to 20% ratio is. (…)