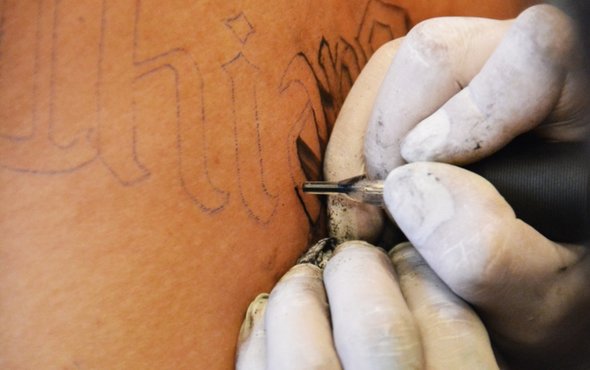 (Mo Costandi/ Scientific American) — People who are thinking about getting inked are often told, “a tattoo is for life.” Etched into the layer of skin just below the epidermis, they are notoriously difficult to remove. And the laser surgery method for doing so is costly, time-consuming and—often—has far from perfect results.

A new discovery published Tuesday in The Journal of Experimental Medicine may eventually change the situation: It fleshes out the cellular processes that make tattoo ink so persistent, and offers a new strategy for potentially removing it more effectively. A French research team found that blocking the immune system’s own macrophages—cells that identify and engulf cellular debris, microbes and other foreign bodies—would likely help erase tattoos’ permanence.

Immunologist Sandrine Henri of The French National Institute of Health and Medical Research, the National Center for Scientific Research, and Aix Marseille University, and her colleagues research the origins and genetics of skin macrophages in order to understand how they interact with other immune cells in the skin.

Tattoos have not been a focus of their work, but their new study suggests they may have stumbled on a discovery that could change the future of ink removal: They found mice with black coats appear to have a specific type of skin macrophage that ingests pigment particles when the cells that normally store the particles die off. Follow-up experiments, described in the new paper, suggest macrophages may also play a role in absorbing particles of tattoo ink. (…)