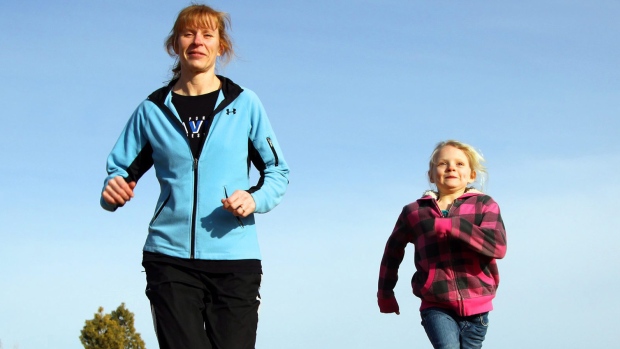 Researchers estimate about one in 12 deaths worldwide would be prevented if everyone exercised at least 30 minutes a day, five days a week.

In Thursday’s issue of The Lancet, researchers in 17 countries reported their findings after asking more than 130,000 participants aged 35 to 70 to fill in questionnaires. They were asked about physical activity during leisure time, work, doing household activities and getting to and from work and errands.

None of the participants had heart disease when the PURE (Prospective Urban Rural Epidemiologic) study began.

Move it! Too much standing is bad, study finds
‘Get out of your comfort zone:’ Interval training benefits extend to ageing
“Over that seven years either preventing or reducing risk for premature death it’s around 25 per cent reduction, and so that would be death from any cause,” said the study’s lead author Prof. Scott Lear of Simon Fraser University’s Faculty of Health Sciences in Vancouver.