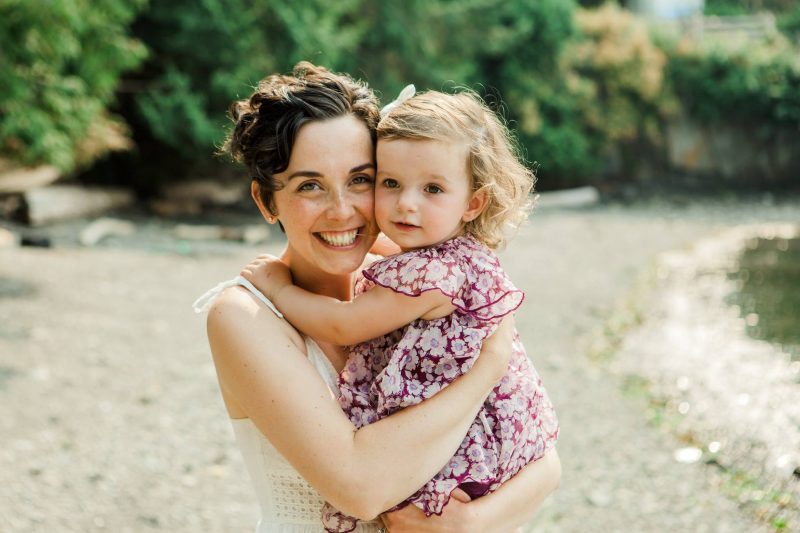 (Rebecca Alter/ The Loop) — People say that ovarian cancer is a silent killer because we can rarely sense it coming; its symptoms are so vague and unapparent, that by the time they’ve been noticed, it’s often too late.Cancer survivor Erin Barrett was first diagnosed with the disease after becoming incredibly sick from what she thought was her pregnancy. But after a mass growing on her ovaries was found when doctors ran tests, her baby had to be delivered through a C-section and her tumour needed to be removed. It wasn’t an easy process, but she’s one of the lucky few who got an early stage cancer diagnosis.

“The mass was so big,” she told CTV News. “It was bigger than a volleyball. And it actually turned out, size-wise, to be bigger than my baby.”

While going through chemotherapy in 2015, Barret posted her story to Facebook, outlining the symptoms of ovarian cancer in the post, hoping that it’d save somebody else’s life.

And thanks to her intention to raise awareness, five other women suffering from the disease were able to be diagnosed early too. In other words, Barret’s eye-opening post actually saved five other lives.

So how about we try to save a few more? After all, [September was] Ovarian Cancer Awareness Month, and being aware of the signs and symptoms of the deadly disease is the best way to keep yourself and your loved ones safe from it. Here’s what to look out for: (…)