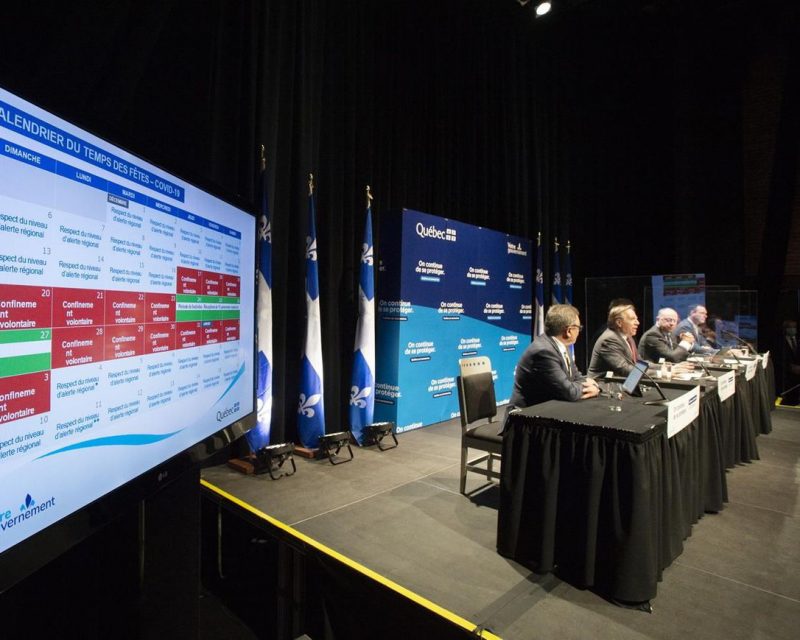 (Melissa Couto Zuber/ The Canadian Press) — Quebec Premier Francois Legault wants to grant his province a mini-reprieve from pandemic restrictions for a four-day window over Christmas, leaving some medical experts baffled by his plan — and worried for the repercussions it could have on the rest of Canada.

Not only could those limited Christmas gatherings lead to widespread infections to start the new year, experts say, the decision also adds to confusion due to mixed messaging.

Legault’s plan, announced Thursday, allows gatherings of up to 10 per day from Dec. 24 to 27 and asks people to self-isolate for seven days before and after their events. However, Quebec public health officials clarified on Friday that the plan could change if the situation in the province worsens.