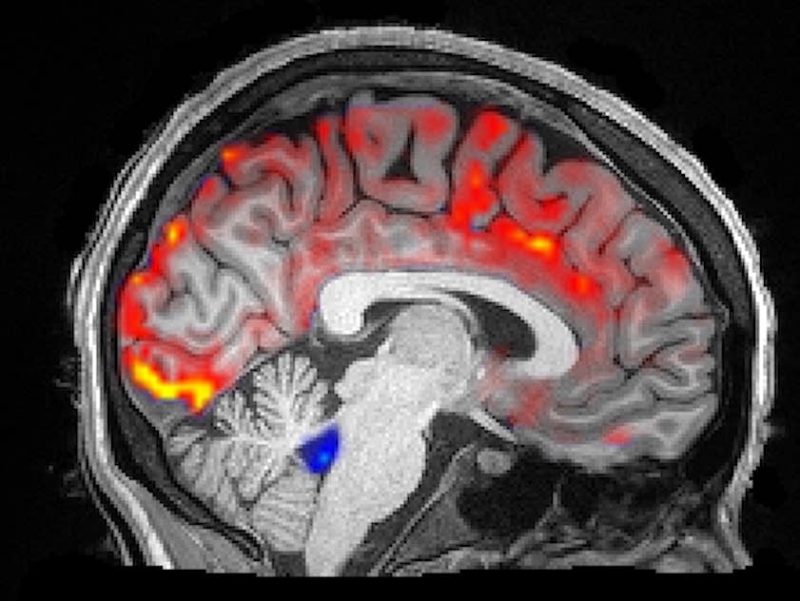 (Jon Hamilton/ MPR News) — The brain waves generated during deep sleep appear to trigger a cleaning system in the brain that protects it against Alzheimer’s and other neurodegenerative diseases.

Electrical signals known as slow waves appear just before a pulse of fluid washes through the brain, presumably removing toxins associated with Alzheimer’s, researchers reported Thursday in the journal Science. The finding could help explain a puzzling link between sleep and Alzheimer’s, says Laura Lewis, an author of the study and an assistant professor in the department of biomedical engineering at Boston University.

“Some disruption to the way sleep is working could potentially be contributing to the decline in brain health,” Lewis says.

The finding also suggests that people might be able to reduce their risk of Alzheimer’s by ensuring that they get high-quality sleep, says William Jagust, a professor of public health and neuroscience at the University of California, Berkeley, who was not involved in the study. (…)