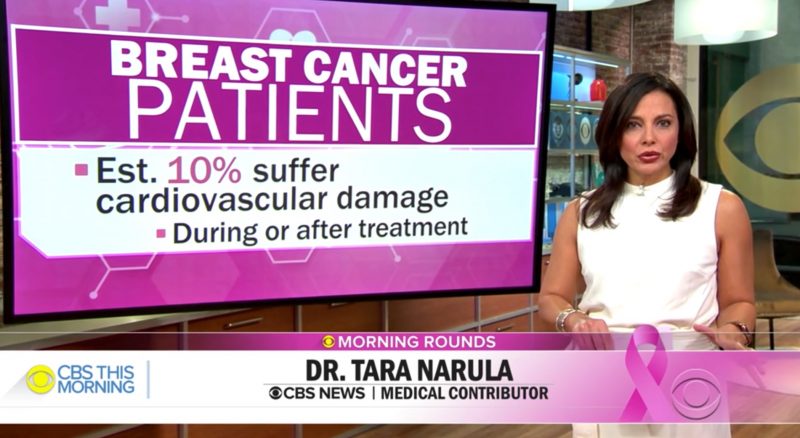 (CBC News) — Four months into her fight against Stage 2 breast cancer, Andrea Cianfrani learned she had a new health challenge to conquer. After recovering from a mastectomy, she received chemotherapy to attack the cancer, not knowing that it was also attacking her heart.

The 40-year-old had heart disease, the No. 1 cause of death for breast cancer survivors and women overall. More than 3.8 million breast cancer survivors live in the United States, and in about 10% of breast cancer patients, chemotherapy and radiation can damage the heart. It can happen during treatment, or the issue may develop years afterward, reports CBS News medical contributor Dr. Tara Narula, who is a cardiologist.

“It really did feel like another punch … where you’ve been punched a couple of times,” Cianfrani said. “It was a little bit of a surprise especially because … I wasn’t feeling anything.” (…)