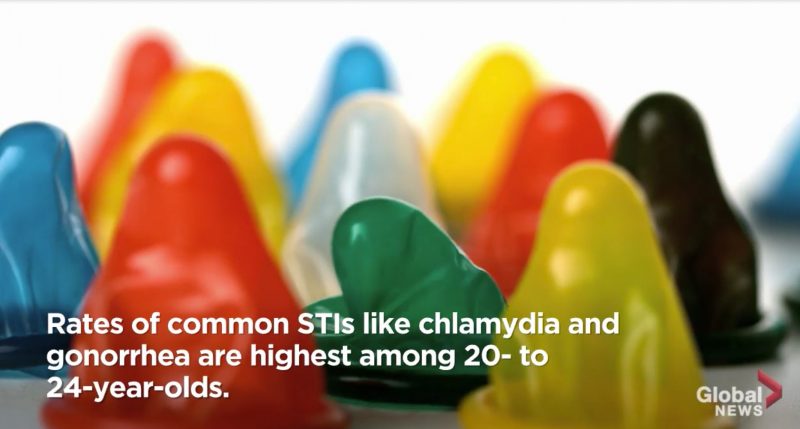 (Arti Patel/ Global News) — Rates of sexually transmitted infections (STIs) in Canada are rising, and a new survey suggests many young Canadians may not be protecting themselves.

The research, which was released by condom brand Trojan in partnership with the Sex Information and Education Council of Canada (SIECCAN) and the University of Guelph, found many young people between the ages of 18 and 24 do not use condoms overall.

The survey noted, however, this did not suggest young adults were not using other forms of birth control like the pill or intrauterine devices (IUDs), for example. But condoms are the only method of birth control that protects people against STIs.

“Given the very high rates of STIs in this age group combined with low rates of condom use, we need to raise awareness among Canadian college and university students about STIs and the need to increase safer sex practices,” said Dr. Alex McKay, executive director of SIECCAN, in a statement. (…)