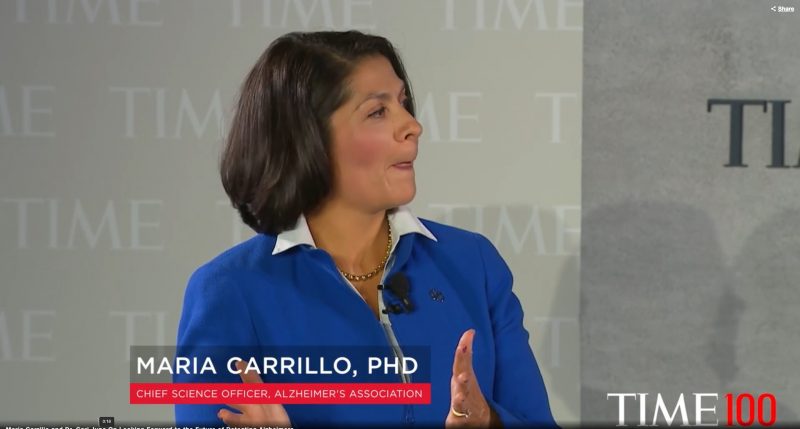 (Maria C. Carrillo/ Time) —  I have spent my entire career interested in the mysteries of the brain: what it looks like, how it works and what happens when it doesn’t. Alzheimer’s disease has been the primary focus of my professional life, starting as a young researcher looking at brain scans, and leading up to now, as the head of the research program at the Alzheimer’s Association.

It’s also affected me personally. My family gradually noticed my mother-in-law’s declining memory, wandering and confusion in the late 2000s, and, in 2009, she was diagnosed with Alzheimer’s. As an expert on the illness, I was able to answer most of my children’s questions about what grandma was experiencing. But an important question that I could not answer straightforwardly was, “What can we do about this?”

There’s no way to reverse or even stop the cognitive decline of Alzheimer’s; we’re just now seeing a promising path to slow it down. Even that seemed like a reach last March when research into the much-touted drug aducanumab was halted after three simultaneous trials all showed it to be ineffective. But in October, fortune turned, with the surprise announcement that further analysis of one of the trials revealed that the drug might indeed be effective—at least at higher doses. So aducanumab is back in the game—and with it comes new hope. (…)