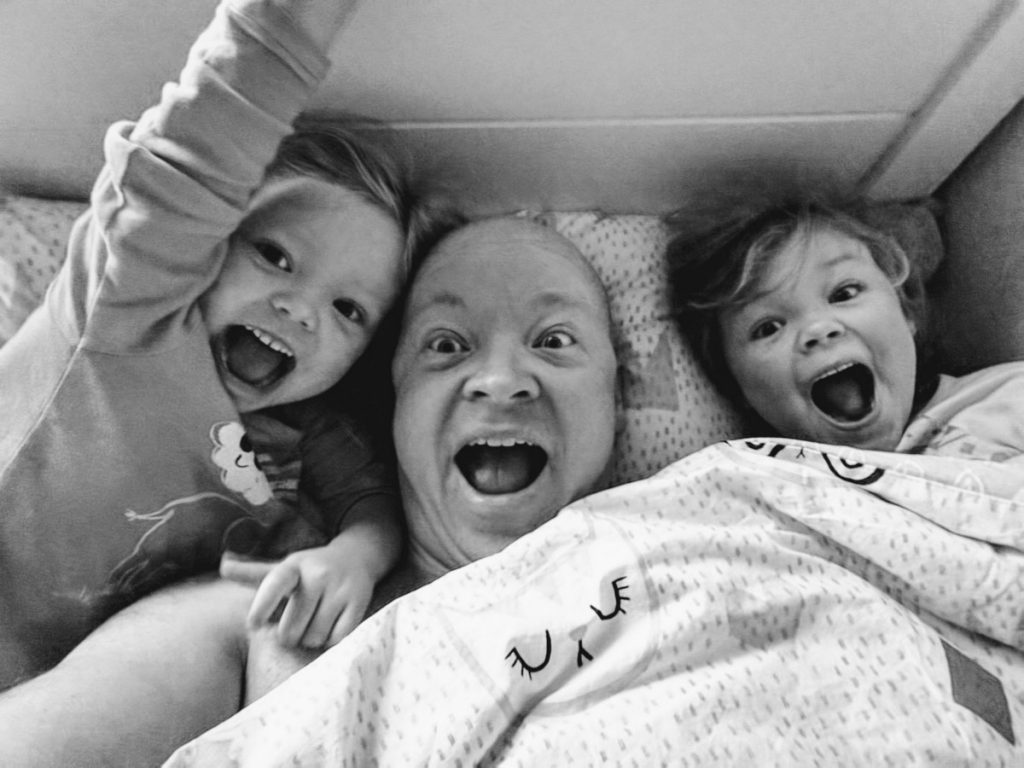 (Scott Riddle- Medium) — It’s been a while since I put a piece of writing in the public domain, but suddenly I have a lot to get off my chest, well my colon actually.

Just three weeks ago life was good. Correction. It was awesome. The newest edition to our family had arrived on Christmas Eve, joining his two sisters aged 5 and 3. A month later we were on a plane home to Sydney, having spent four great years working for Google in California. My beautiful wife had been working at a startup on NASA’s Moffett campus and was worried about finding something equally interesting in Australia, but she managed to land a very similar gig with an innovative logistics start-up in Sydney. We’d come back primarily to be closer to family, but also to pursue a dream of setting up a family farm in partnership with my parents — intended as a great place to bring up our three kids but also as a new sideline income stream. We’d spent every weekend scouring Sydney for areas that met our criteria (good schools, commutable, cost of land etc) and we were settling on Kurrajong in Sydney’s west. I was just getting into a training routine for the CitytoSurf run having done the Monteray Bay half marathon a few months prior.

On July 19th I went for what I thought would be a routine GP visit. In my mind it was primarily to re-establish a GP relationship in case my kids needed an urgent care visit (the practice is literally around the corner from our place). I’d also noticed a bit of unusual bleeding from, well, my back passage and very recently a change in bowel habit. I wasn’t alarmed by either of these symptoms but my GP was concerned enough to refer me for a colonoscopy. So began the roller coaster.

I’ll skip much of the detail but in short the colonoscopy revealed a lesion which they believed to be malignant. This was confirmed by a biopsy three days later. A CT scan revealed suspicious swelling in the surrounding lymph nodes so I was booked for a PET CT scan — where radioactive sugar is injected prior to a CT scan to highlight cancer in your body. That PET scan changed the game because it not only confirmed cancer in the surrounding lymph nodes but it also found two smaller tumors in my liver, which the original scan had not identified. So, by August 2nd I was confronted with a stage 4 colorectal cancer diagnosis.

Now for those (like me) who are not all that familiar with cancer, you never just “have cancer”. Cancer is really the name given to a broad family of related diseases. There is also a fairly well established methodology for measuring the progress of any cancer. Here’s the short version: