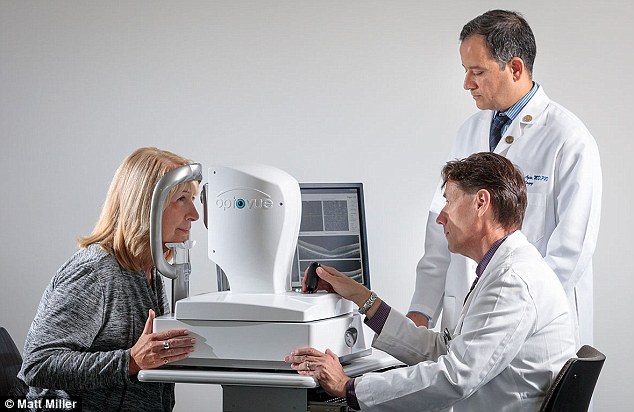 Patients who’ve been diagnosed with the condition have dangerous levels of two rogue proteins in the brain that lead to dementia.

Scientists say these same patients also have thinning of the retina that can be detected through a non-invasive technique that produces high resolution 3-D images of the back of the eyeball.

The test would be performed in middle-age, long before most are diagnosed with Alzheimer’s.

The discovery, from Washington University School of Medicine in St Louis, Missouri, sheds fresh light on the age-related brain disease and could offer hope of earlier diagnosis and treatments that could slow down the progression of symptoms.

To diagnose Alzheimer’s, doctors currently use PET scans, which evaluate your organ and tissue functions, and spinals taps – but they are invasive and often expensive procedures. (…)