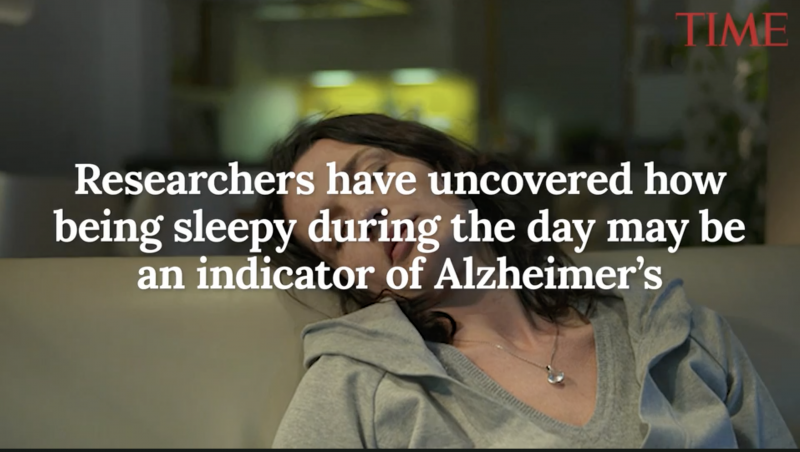 (Alice Park/ Time) — Researchers know that a condition as complicated as Alzheimer’s can’t be traced to a single or simple cause. Genetic factors contribute to the degenerative brain disorder that robs people of their memory, and biological process related to aging play a role as well.

But in recent years, scientists have uncovered some behaviors that may also influence Alzheimer’s risk. In the latest study published in JAMA Neurology, a group of them report how sleep — daytime sleepiness, in particular — may be an indicator of Alzheimer’s.

Prashanthi Vemuri, an associate professor of radiology at the Mayo Clinic, and her colleagues wanted to address a puzzling problem in the field. Studies showed that people with Alzheimer’s disease tend to have disrupted sleep, which made sense: biological studies have recently revealed that while the brain sleeps, it clears away deposits of amyloid, the protein that builds up and eventually strangles nerve cells in Alzheimer’s disease. But it wasn’t clear whether the amyloid plaque deposits led to the disrupted sleep, or whether changes in sleep habits contributed to the buildup of the protein. (…)