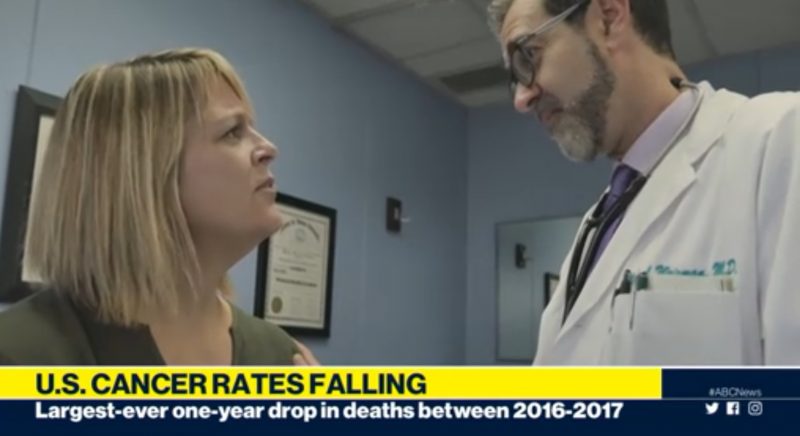 (Kelly McCarthy/ ABC News) — Deaths from cancer have gradually decreased over the last 26 years, with the largest single-year drop ever recorded in the last decade.

The death rate in the U.S. declined by 29% from 1991 to 2017, according to the annual statistics from the American Cancer Society, which the health organization said was “due to long-term drops in death rates in the 4 most common cancer types: lung, colorectal, breast, and prostate.”

The ACS said this steady drop “translates into an estimated 2.9 million fewer cancer deaths” compared to if the rate at its peak in 1991 had persisted.